The meeting gathered about 170 participants, including Alumni from French “Grandes Ecoles”, representatives of French companies and of Emirati universities’ networks. Diverse profiles which show how flourishing the network gathering actors from different fields is. Some of them were invited to make a keynote speech to share their experience and career. 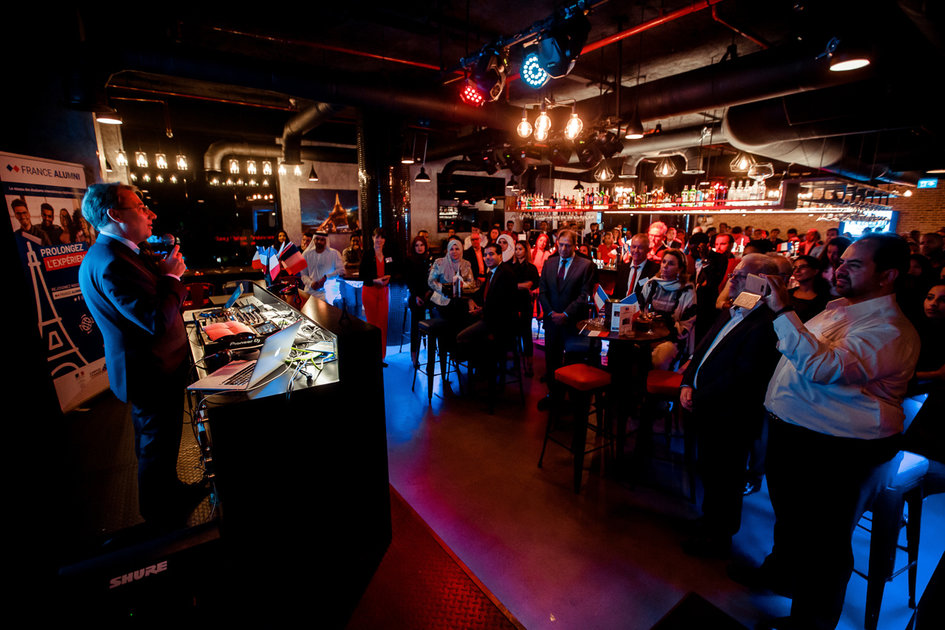 An inclusive and representative network: the first get-together to be organised in Dubai

Mr. Hussain Al Jaziri, alumni from the University of Clermont Ferrand, CLA Besançon and Vichy, President of Alliance Française Dubaï, along with Mrs. Marion Kokel, Head of Campus France in the U.A.E 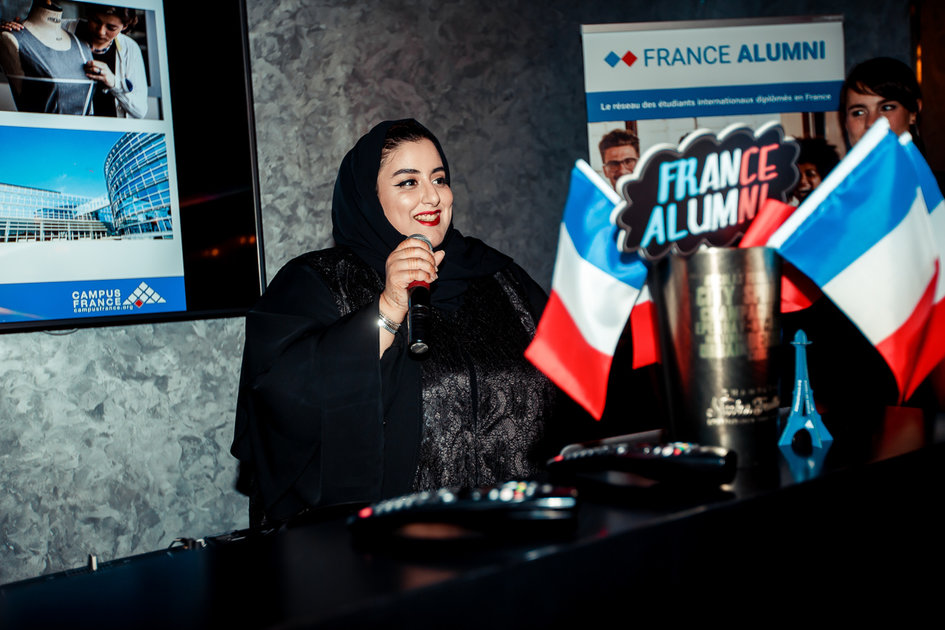 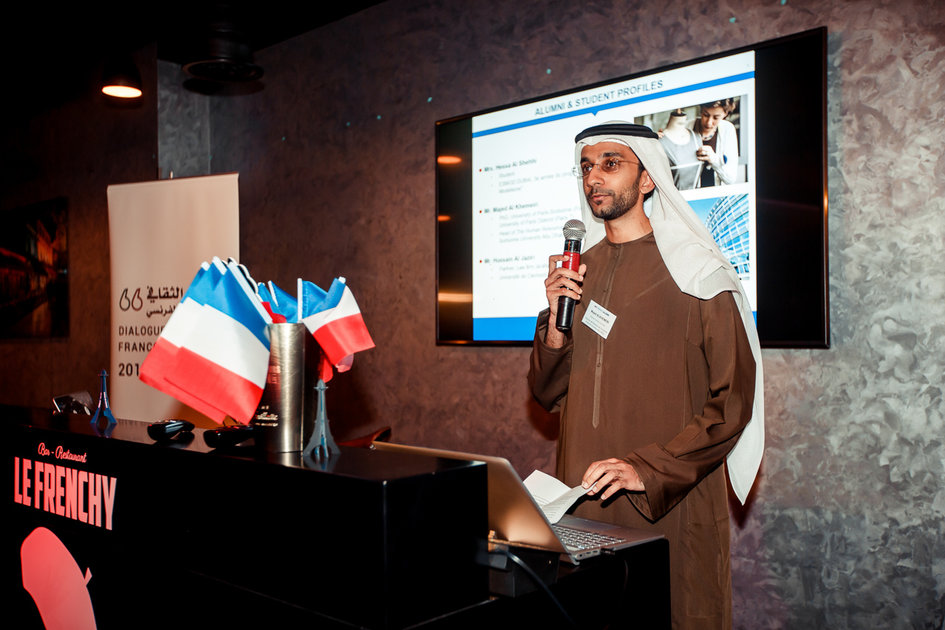 The event follows the launch of the ’France Alumni UAE’ platform in May 2018 in Abu Dhabi, which is the result of a partnership between Campus France, Sorbonne University Abu Dhabi, Total E&P and the Embassy of France in the UAE, to respond to a request from French university graduates living in the country, whose number is constantly increasing, to extend their French experience in their professional careers. ‘France Alumni’ is a country-wide network, allowing graduates from all the emirates to benefit from its services.

During the gathering, the Ambassador of France to the UAE, H.E. Ludovic Pouille, stated: “I am thrilled to attend this networking evening which aims to gather the foreign French universities graduates living in the UAE and to enhance the interactions between French companies and the universities. This event, in line with the official launch of France Alumni in the UAE platform in May, underlines the cooperation of excellence between France and the United Arab Emirates within the framework of the French-Emirati Cultural Dialogue.“

“ChooseFrance”, a world-wide strategy to increase the number of foreign students in France 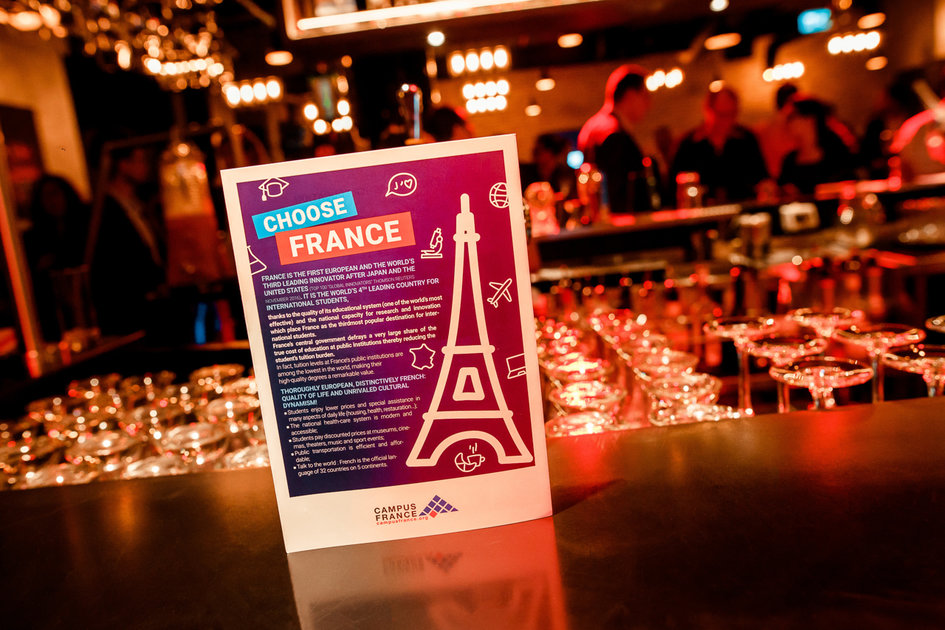 On the occasion of ’Campus France Academic Meetings 2018’ held on 19th November 2018 in Paris, Campus France, the French agency in charge of the promotion of higher education, incoming and outgoing mobility, announced a new national strategy of attractiveness of the international students with the aim of welcoming 500,000 foreign students by 2027.

Using the hashtags ’#ChooseFrance’ and ’#BienvenueEnFrance’, the French Prime Minister Edouard Phillipe announced the main measures of this strategy, among those are the simplification of the student visa process, the trebling of scholarships, the increase of English programmes, the creation of a quality label for incoming students and the multiplication of training capacities abroad. 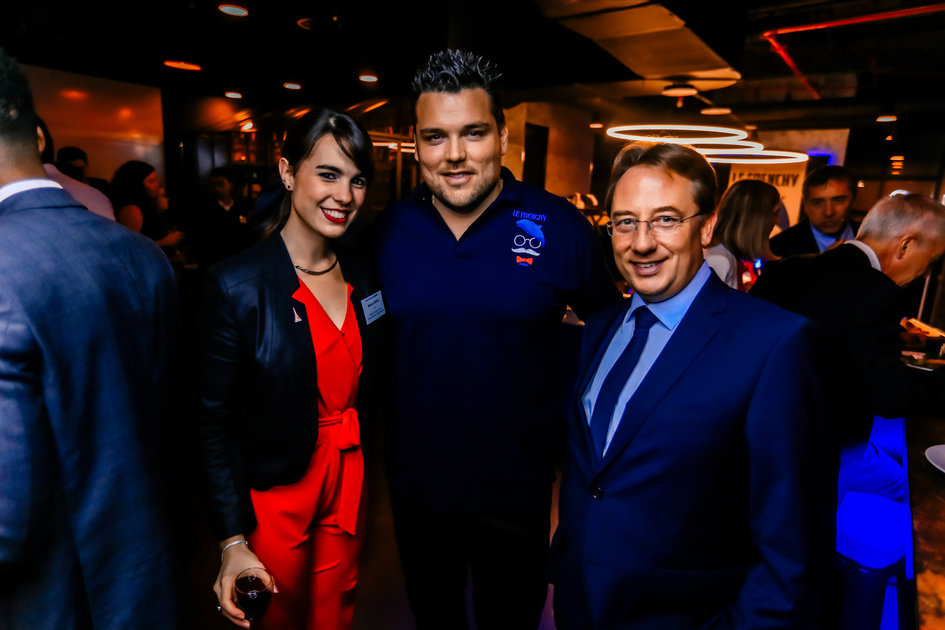 This network was launched by Campus France, the initiative of the French Ministry of Europe and Foreign Affairs to unify the 100,000 international students who graduate each year from French higher education. France Alumni offers them a valuable tool in their professional career, whether it is the directory that allows everyone to join the network and get in touch with other alumni, or website Francealumni.fr which offers discussion spaces, thematic groups, current news about the cultural and economic French network, as well as spaces dedicated to business partners and job opportunities.

For more information, please read our press release below, and visit France Alumni’s website.Check out our Facebook page for more pictures of the event. 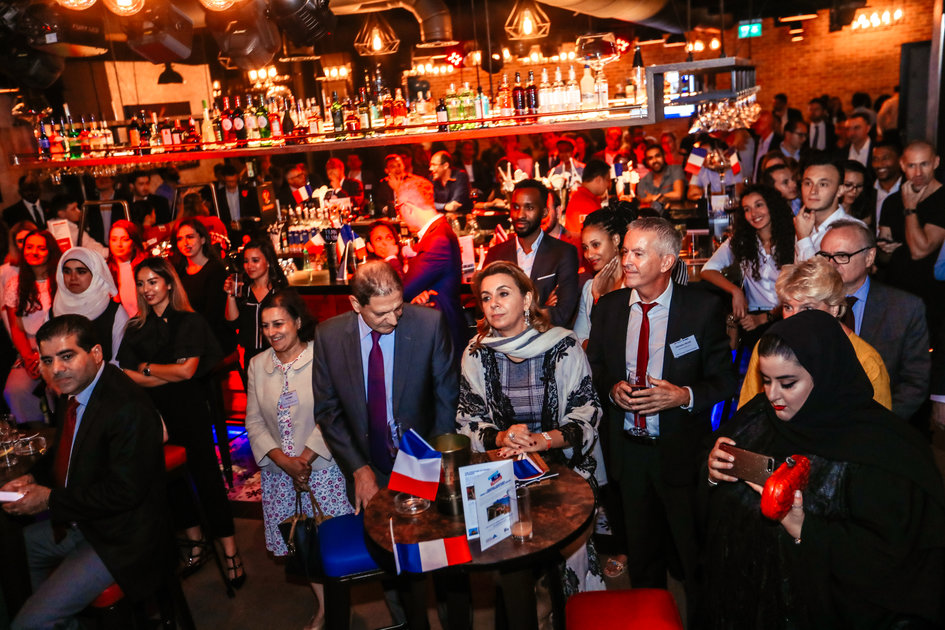