Louvre Abu Dhabi has announced its second international exhibition of 2021, Dragon and Phoenix – Centuries of Exchange between Chinese and Islamic Worlds. 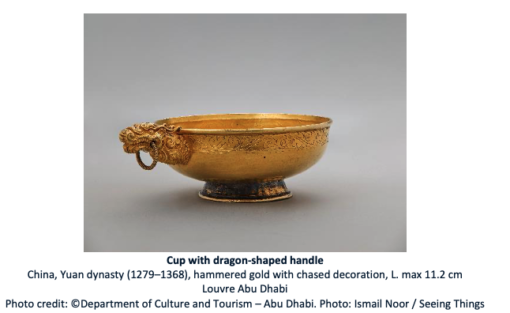 Louvre Abu Dhabi has announced its second international exhibition of 2021, Dragon and Phoenix – Centuries of Exchange between Chinese and Islamic Worlds, which will run from 6 October 2021 until 12 February 2022. Organised by Louvre Abu Dhabi in partnership with Musée national des arts asiatiques – Guimet with the support of France Muséums, the exhibition will showcase the cultural and artistic exchange between the Chinese and Islamic civilisations from the 8th to the 18th century. Visitors will be able to explore cultural connections through more than 200 artworks from the collections of Louvre Abu Dhabi, the Musée Guimet and 12 international museums and institutions, alongside a wide-ranging cultural programme.

Dragon and Phoenix places in dialogue artefacts from two worlds rich in culture, arts, and sciences: China (the dragon) and the Islamic world (the phoenix). The exhibition showcases the connections, artistic influences and remarkable untold stories of more than 800 years of exchange through land and sea trade routes, from the establishment of the first Arab merchant colonies in Canton in the 8th century until the beginning of the 18th century. Journeying from the Mashriq and the Arabian Peninsula through Central Asia and the Indian Ocean, and to China and Vietnam, the exhibition reveals a long and rich history of mutual admiration and influence reflected in both material and immaterial exchanges.

Dragon and Phoenix particularly aims to highlight unconventional centres of artistic and cultural production. With both a physical exhibition at the museum and an online experience, it will shed light on how centuries of cultural exchange and the prolific artistic production between the two worlds reveal a dominance of coveted luxury materials and artworks between the 8th and 18th centuries.